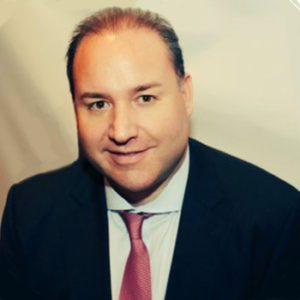 Earlier in his career, Mr. Simony was the Chief Executive Officer (1999 – 2008) of Whitehaven Financial Group, a pioneer in the field of litigation finance, originally the brainchild of former NY State Supreme Court Justice Irwin Silbowitz. Whitehaven Financial Group was built on the belief in equal access to justice by providing litigants non-recourse legal funding while their claims were being resolved by the courts. Mr. Simony began his career on the Proprietary Trading Desk at Knightsbridge Equities (1994 – 1999).

Mr. Simony is the Executive Chairman (2009 – present) of The Negotiation Institute, a leading provider of executive training to the Fortune 2000, founded by renowned negotiation expert Gerard I. Nierenberg in 1966. During his tenure, Mr. Simony founded and is the Chairman (2015 – present) of the Women’s Insights to the Art of Negotiation Summit (WIN Summit), an annual professional development conference in academic partnership with Columbia University, tailored to the advancement of women in the workplace. The WIN Summit is designed to challenge conventional thinking and reimagine traditional corporate environments for women.

Mr. Simony also sits on the Board of Advisors (2015 – present) for The Ashcroft Sullivan Law Firm, founded by former U.S. Attorney General, Governor and Senator, John Ashcroft. In this position he focuses on the Foreign Corrupt Factices Act (FCPA), quit-am and whistleblower practices.

Mr. Simony is a member of The Army and Navy Club in Washington D.C. and the New York Athletic Club in New York City. Previously he served as a Trustee for the Washington Institute for Near East Policy and as a United Nations representative for Human Rights Advocates International for a three-year term.

Mr. Simony holds an M.B.A. from HEC School of Management / HEC Paris, M.F.S. from Oxford University Saïd Business School, B.A. in political science and finance from City University of New York, and a C.F.E. from the Association of Certified Fraud Examiners (retired).